George is a native Oregonian who attended Reynolds High School and earned his Bachelor of Science degree from Oregon State University. Kevin was born in Portland, Oregon, and attended Barlow High School. He enrolled at Oregon State University where he later completed… Patrick grew up in Reno, NV and attended Cal Poly San Luis Obispo where he graduated with a degree in Architectural Engineering… 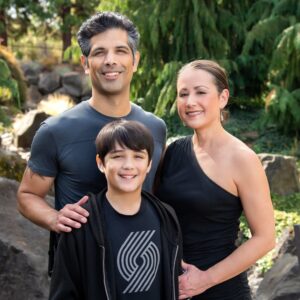 Tomiko was born in Wichita, Kansas and spent her former years growing up in Illinois, Okinawa, Japan, and Michigan respectively. Claire grew up in Cambridge, England, and moved to Lake Oswego when she was 10. She earned her Undergraduate degree at Oregon State University… Heather was born and raised in Oregon. She attended high school at Sam Barlow and went on to earn her Bachelor of Science Degree at Linfield College… Joseph was born and raised in Salem, OR. He attended the University of Oregon for his undergraduate studies… Kristen is a native Oregonian who graduated from Damascus Christian in 2002. After attending Seattle Pacific University, she returned home… Kylie was born in Portland and raised in Boring, OR. She attended Sam Barlow HS then Mt. Hood Community College, where she earned… Emily was born and raised in Portland, Oregon. She received a bachelors in Exercise Science with a minor in Biology from Concordia… Rhonda is originally from Tripoli, Iowa. She went to the University of Northern Iowa to receive her BA in Athletic Training and graduated in… Joel was born and raised in Portland, OR. He was a three sport athlete and played baseball for a year in college. In 2017, he graduated from George Fox University…

Please print the patient forms below. Complete the forms at your convenience and remember to bring them with you to your first scheduled visit.

Referral Form. This copy may be faxed, mailed or hand delivered to the clinic.
Please DO NOT EMAIL